Professor Roberta Foresti is Professor of Biochemistry at the Faculty of Medicine at the Institut Mondor de Recherche Biomédicale (IMRB) in Paris. Roberta is married to Professor Roberto Motterlini, Director of Research at INSERM U955 in Paris. Together their careers in cardiovascular science have taken them from Italy to France via the USA and UK - where they received BHF-funding at the Northwick Park Institute for Medical Research. 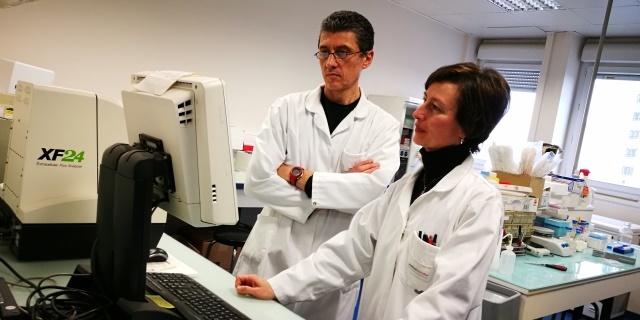 Roberta: I moved with Roberto to the USA as soon as we got married. He was working in Italy before being sent to San Francisco for a post-doc, where he worked at the Letterman Army Institute on blood substitutes. I was a biochemistry student at the University of Milan and had the opportunity to spend six months as a trainee at the University of California.

We loved everything associated with our experience, the speed of things, the cultural shock, the organization and simplicity of the American approach to life. So we moved to San Diego, where Roberto continued with his post-doc and I was able to join the lab and work on my research thesis. Roberto and I have worked together ever since.

Roberto: The move to the UK coincided with the arrival of our first child. I found a job at Northwick Park and Roberta had the opportunity to join as a junior scientist. The plan was to stay for a few years before returning to Italy. Those “few” years became thirteen.

Roberta: Our major research focus is the heme oxygenase-1(HO-1) protein, which is now a recognized cytoprotective protein. Our work in the UK contributed to define HO-1, and to establish the significance of its products in the context of cardiovascular dysfunction and vascular biology.  At that time little was known about its endogenously generated molecules.

Roberto: Our laboratory was located at the Northwick Park Institute for Medical Research in Harrow. The Director was Professor Colin Green (Professor of Surgery at UCL), who was extremely supportive of our research. Because of the emerging importance of HO-1, we developed the idea that we could use this pathway as a target for drug discovery. The BHF supported us in this new area of investigation by funding a PhD studentship to investigate the pharmacological activities of CO-releasing molecules in the cardiovascular system. 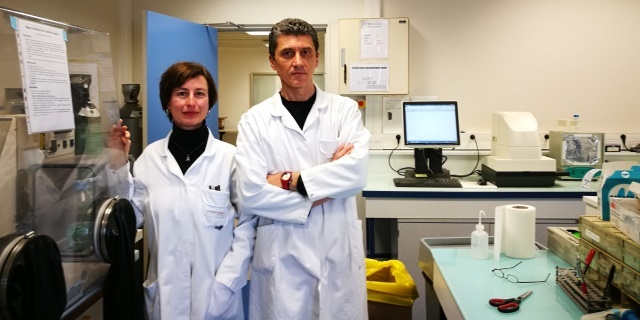 Roberta: We returned to Italy eventually, but we had changed so much after 17 years abroad that we found it difficult to re-adapt. We decided to look for a new challenge in Europe and were given the opportunity to go to France, where we are currently working at the Institut Mondor de Recherche Biomédicale in Créteil. Here we have continued with our work on drug discovery based on HO-1.

Roberto: Being partners at work and at home has allowed Roberta and I to continue with our research and to have a family, and we have always supported each other. In science you go through hard times when experiments don’t work, your paper is rejected or you do not get the grant you were hoping for. Having a partner who understands exactly what you are going through makes it easier. Of course there is the downside… you always talk about science and the problems at work at home, which our children have reproached us for!

Roberta: Whenever we moved we faced many difficulties. We had to restart our own laboratory, which takes a lot of time, we had to understand how the system works in a new country, and we had to learn new languages. But to us these were new opportunities and challenges that could enrich our lives, so we took them. The desire to continue our research and be in a good scientific environment was a major factor that helped us decide where to go, though the necessity to find two jobs in the same place restricted our choices.

Roberto: Excellent cardiovascular research is being done in France. We are currently involved in a big project that relates to obesity and aging with emphasis on cardiac dysfunction and senescence. An article published last month in Circulation Research illustrates the scope of cardiovascular research in France, and really puts into context the funding landscape across Europe. Suffice to say, the BHF’s contribution in the UK remains invaluable to the future of European research.