Alan Daugherty – A duty to report

BHF Alumnus Alan Daugherty’s career as a cardiovascular researcher and editor began in the UK at the University of Bath. He is now Editor-In-Chief of Arteriosclerosis, Thrombosis, and Vascular Biology (ATVB) and Associate Vice President for Research at the University of Kentucky. In this Alumni Story, Professor Daugherty shares his views on discovery science, reproducibility, and the role of journals. 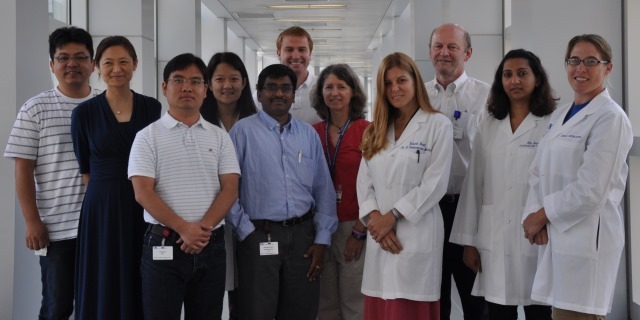 My interest in scientific investigation was fostered during my undergraduate years while navigating the excellent research-orientated pharmacology course that was developed at Sunderland Polytechnic. This led to a great opportunity to embark on my PhD study that was focused on cardiovascular research at the University of Bath, under the outstanding mentorship of Dr Brian Woodward.

The PhD study was followed by a one-year fellowship in the same laboratory. I was fortunate to obtain a BHF fellowship award to support me during this year. Opportunities for fellowships in cardiovascular research were relatively scant in that era. So, I was encouraged to broaden my horizons by looking for opportunities in the United States. The BHF supported this approach by offering two-year fellowships. In 1982 I arrived in St Louis to start work at the Division of Cardiovascular Medicine at Washington University.

Some years later an opportunity arose to work with Dr James Muller at the University of Kentucky. In my early days there I studied the role of hypertension in atherosclerosis in collaboration with Dr Lisa Cassis. During these studies, we stumbled into the discovery that angiotensin II was a potent promoter of experimental aortic aneurysms, in both the thoracic and abdominal regions.

Throughout my career, I have been fortunate enough to have been guided by many wonderful individuals and been helped by many fortunate circumstances. In all this positivity, the BHF award I received at a formative stage of my career has my particular gratitude. My career without that award would have been a lot less encouraging.

During the transition to US academic life, I have become deeply involved in the American Heart Association (AHA). The sister organization to the BHF in the US. This involvement has taken me into many roles of research administration, fund raising, government advocacy, and grant reviewing. In July 2012 I had the honour of becoming the Editor-in-Chief of Arteriosclerosis, Thrombosis, and Vascular Biology, more commonly known as ATVB, which is one of the five core journals of the American Heart Association.

As the ATVB Editor, I have seen the shifting tides of the oversight for the publication process. Probably the most salient change recently in the pre-clinical arena has been the quest of journals to facilitate the publication of manuscripts that exhibit scientific rigour, with the implication that this will enhance reproducibility. This issue has been highlighted by the fact that among potential therapeutic targets identified from publications of discovery science originating from academic institutes, only a small number were replicated. 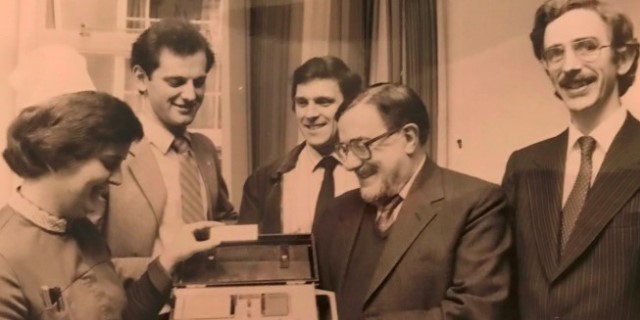 Discovery science is considered to be the bedrock to determine mechanisms for improving therapies, through definition of garnering insight into mechanisms and identifying new drug targets. The faith in this approach has been eroded by the perception that reproducibility of studies is unacceptably low.

This is not inferring that reproducibility is a consequence of malicious and blatant scientific misconduct. Rather, the majority of the inconsistencies are being related to suboptimal experiment design, execution, data analysis, and interpretation. This concern has culminated with the development of guidelines for journals on publication from the US National Institutes of Health.

A major focus of discovery science in the biomedical area is on determination of mechanisms that will provide insights into new and improved therapeutic approaches.  Unfortunately, there have been numerous instances in which publications that have gone through rigorous peer review mechanisms, but have not been repeated by other laboratories. This phenomenon is probably greatly under reported, since the current publication system favors the maximum credibility to the initial publication. This difficulty is compounded by if the repetition study yields negative results, since journals do not routinely embrace publication of negative studies.

ATVB is enhancing its peer review by implementation of a technical review editor. The most common problem relates to statistical analyses involving rudimentary errors such as using Student’s t-test for multi-group comparisons. There is also increasing attention to explicit statements of animal sex and strains, as well as enhanced emphasis on validation of reagents. Antibodies have been a particular focus of this effort that has attracted attention in publications that have failed to demonstrate specificity, even when these reagents have been used in numerous previous publications.

Organizations like the BHF thrive on the basis that donors are providing funding to enable science that advances development of better therapeutic approaches. The journals are partners in this effort. As scientists, we have the duty to design, execute, and report our research with stringent standards of validity.